Why Food Security Is Most Important Around The globe?

Dedicated to improving agricultural viability across the world. Our strategy is to innovate and grow our portfolio of crops and vegetables.

Rice is the staple diet
in 39 countries. 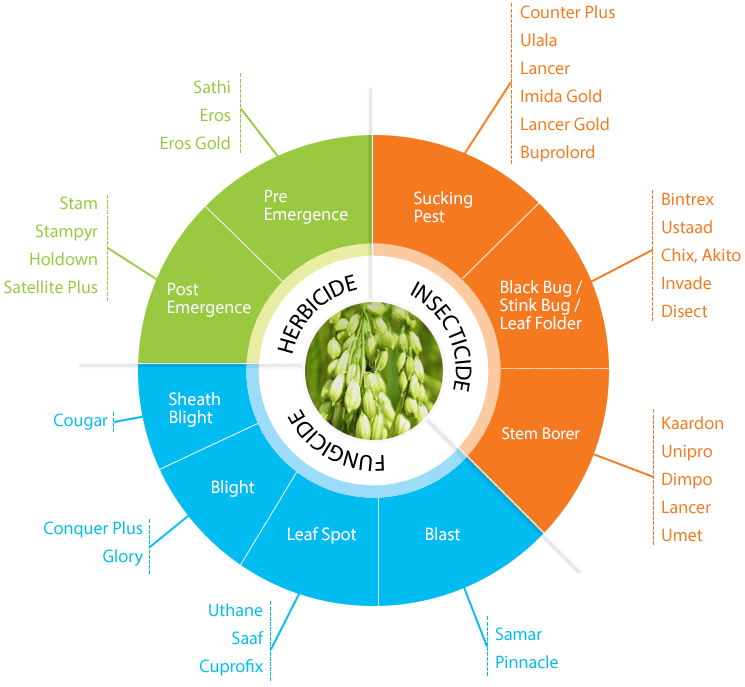 Wheat consumption
is expected to reach 775 million tons in 2020.

The cultivation of wheat (Triticum spp.) reaches far back to 8000 years. Today, wheat is grown on more land area than any other commercial crop and continues to be the most important food grain source for humans.

Wheat is a cereal grain that belongs to the grass family of the genus ‘Triticum’.

The world production of wheat figures over 735 million tons (FAO’s latest forecast for 2015). The largest producer of wheat in the world is the European Union followed by China, India and United States of America. These four producers contribute to around 60% of the total production.

Wheat is a stable crop in many countries and hence its consumption is directly proportional to the population growth. Consumption has been constantly increasing during the last 10 years with the increase in population, and alarmingly, the consumption is prepared to shoot up further and is expected to reach up to 775 million tons in 2020. An important crop for human food security. 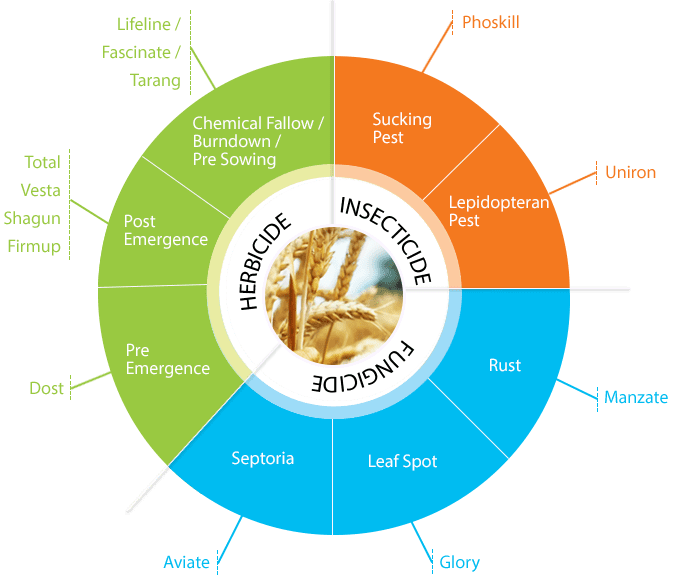 A primary feed crop, 785 million tons of Maize is grown throughout the world.

Maize (Zea mays) belongs to the grains family Graminae and is known as Queen of Cereals due to its diverse uses. It is an annual monoecious grass of significant importance worldwide. The total area is 178.4 million hectares.

USA, China and Brazil are the top three maize producing countries in the world. Corn is the major staple cereal crop in the USA, where 39.3 m. hectares were grown in 2012, 22.0% of the global area. Establishment of the maize crop can be difficult due to competition from a broad range of weeds that compete for space, light and nutrients. So, herbicide is important for maize. Insect pests such as the European corn borer, corn rootworm and wireworm also affect establishment attacking the shoot, stem and roots. Once established the plant grows quickly, suppressing weed competition for both light and water, particularly when the foliage canopy has closed.

World over, maize is primarily a feed crop even as it finds growing usage as a fuel (bio-ethanol), in value added foods and other industrial applications. 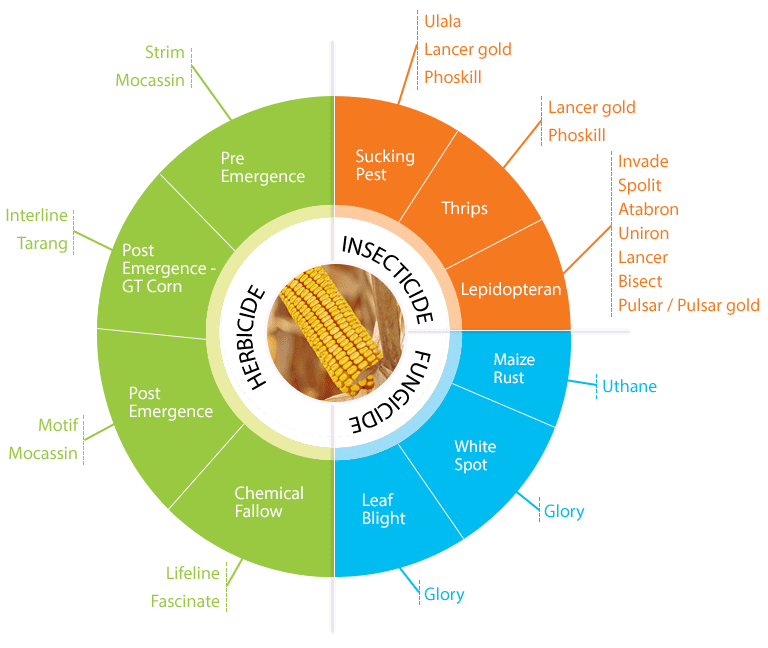 Cotton is a cash crop that helps farmers ensure food security to their own families.

Cotton is one of the most important and widely produced agricultural crops in the world. Total planted area for cotton is 33.9 million hectares. Current estimates for world production are about 25 million tonnes or 110 million bales annually, accounting for 2.5% of the world's arable land. China & USA comprises 30% of the area cultivated.

Cotton is ginned to get fibres and seed gets separated. When cotton seed is crushed for extraction of oil, the by-product after extraction called Cotton Seed Oil Cake. This is mainly used as cattle feed. This indirectly helps in ensuring food security by helping to increase milk production. These characteristics make cotton an important cash crop for the farmers, income generated helps farmers in ensuring food security to the family. 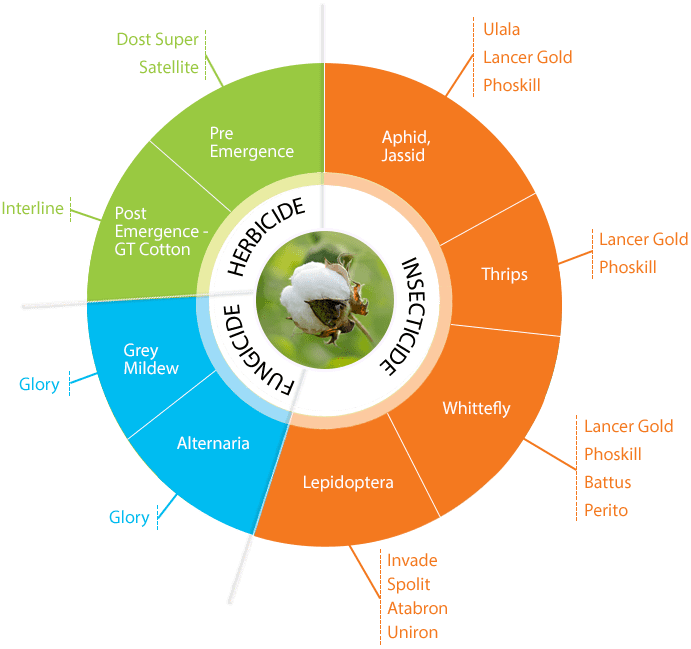 Most of the protein feed and vegetable oil in the world is obtained from processed Soybean.

Soybean (Glycine max), also called as Golden Bean is one of the most important global crop and is grown for oil and protein. It is an annual legume of the Fabaceae family. Present world production is about 176.6 million tons of beans over 75.5 million ha. USA, Brazil, Argentina, China and India are the largest soybean producing countries in the world. It is estimated that above 75% of the global output is crushed worldwide.

In 2013 over 75% of the cultivated area was in Latin and North America. The majority of plants self-pollinate producing 60-80 pods per plant, with each pod containing 2 and 4 beans. The beans, when harvested, contain about 20% oil and 40% protein.

The major portion of the crop is used to yield soy oil and obtain Soymeal, which is widely used in the animal feed industry. Among major oilseeds, higher percentage of meal extracted from soybean is 82%. These characteristics make soybean important crop to meet the requirement human protein as well as for animal. 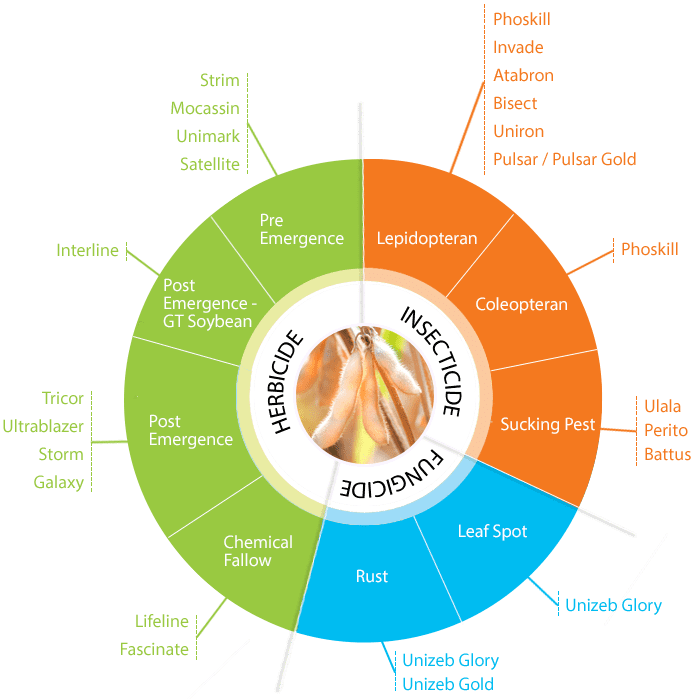 Potato is the third most important food crop in terms of global consumption.

The potato (Solanum tuberosum) is one of the major root crops of the world. With total planted area of 18.5 million hectares. India produces around 8% of the world’s total produce. India ranks fourth in terms of area and third in terms of production of potato across the globe. China and Russia are ahead of India in terms of potato production. The potato is herbaceous plant usually grown from suitable tubers.

It is a fundamental element in the food security for millions of people across South America, Africa, and Asia, including Central Asia. Presently, more than half of global potato production now comes from developing countries.

Potato, popularly known as the king of vegetables and a native of South America. It ranks 4th among important staple food after wheat, rice and maize.

The potato plays a strong role in developing countries with its ability to provide nutritious food for the poor and hungry. Potato is rich in carbohydrates, constituting 22-24% of its weight. It contains 2.1% to 2.7% protein, less than 0.5% of fat and the rest is water.

The best aspect of potato is that it produces more quantity of dry matter, edible energy, and edible protein in lesser duration, compared to cereals like rice and wheat. Hence, potato is useful tool in food security. 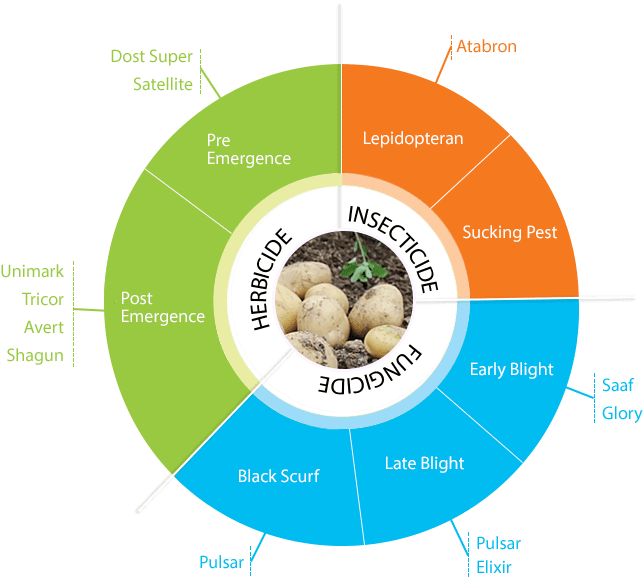 Vegetable farming is the growing of vegetables for human consumption. The practice probably started in several parts of the world over ten thousand years ago, with families growing vegetables for their own consumption or to trade locally. Today, they are grown all over the globe.

Success in vegetable production whether it is organic or not is greatly dependent on a well thought out plan. Key factors considered carefully during the planning stage of the farming operation are: site selection, water supply and quality, crop and variety selection, and, market development.

Specialist producers grow the particular crops that do well in their locality. New methods such as aquaponics, raised beds and cultivation under glass are used.

Increased consumption of fruit and vegetables has been recommended as a key component of a healthy diet for the prevention of chronic diseases. Vegetables are low in calories and fats but contain good amounts of vitamins and minerals. Vegetables are also home for many antioxidants. These health benefiting phyto-chemical compounds help protect the human body from oxidant stress, diseases, and cancers, and also develop the capacity to fight against these by boosting immunity. 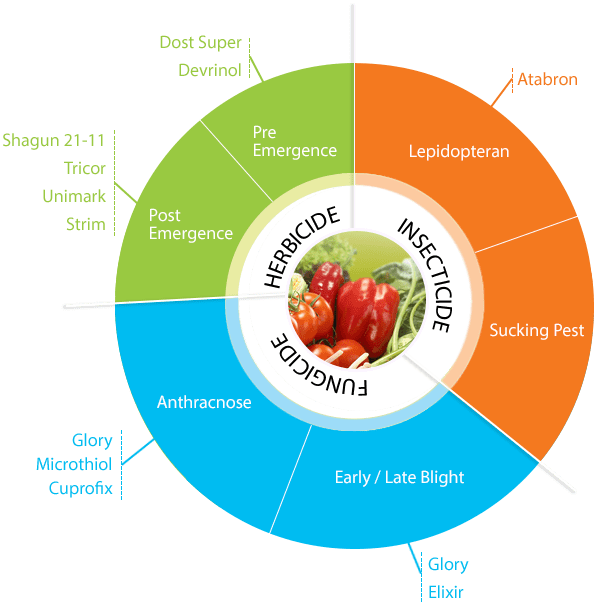 The area dedicated to vineyards is increasing by about 2% per year.

Few fruits have garnered as much attention in the health research literature as grapes. Part of the reason may be their widespread presence in diets worldwide. With the exception of Antarctica, grapes are cultivated on all of the earth's continents, and researchers from many different countries have been especially interested in this food.

Commercially cultivated grapes can usually be classified as either table or wine grapes, based on their intended method of consumption: eaten raw (table grapes) or used to make wine (wine grapes). While almost all of them belong to the same species, Vitis vinifera, table and wine grapes have significant differences, brought about through selective breeding.

Seedless cultivars now make up the overwhelming majority of table grape plantings. Because grapevines are propagated by cuttings, the lack of seeds does not present a problem for reproduction.

China has the 1st rank in the table of grapes producing countries in the world with 8,651,831 tons production on the planet. 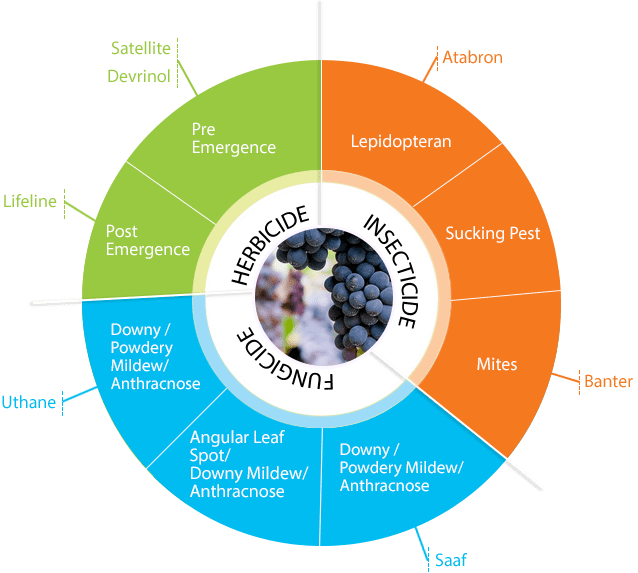 The increasing demand for sugar is driving sugarcane’s growth.

Total Planted Area of sugarcane is 24.5 million hectares. Saccharum officinarum is the main species of sugarcane cultivated for the production of sugar. Sugarcane belongs to the Poaceae family and is cultivated in the tropical and subtropical regions of the world. Sugar is extracted and used to produce cane sugar, cane syrup, molasses etc. The remaining pulp, or bagasse, is used to manufacture paper, cardboard and ethanol (for use as a fuel supplement).

Brazil is the main sugarcane growing country, cultivating around 8.5 m. ha. In 2013, followed by India (around 5.5 m. ha.). Herbicides applied in the early growing season to reduce weed competition for light, water and nutrients are important to achieve better yield. 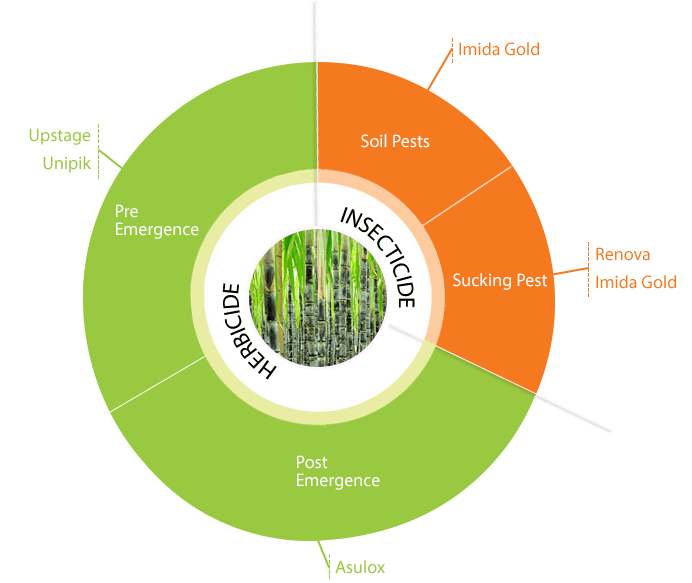