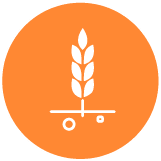 UPL’s committed to the cause of building food security. With innovative strategies and advanced products customized to local needs, we help farmers protect as well as nurture the food being grown.

We apply best-in-class formulation technology with a localized approach to formulating mixtures that are highly flexible and responsive to customer needs. We address every stage of the lifecycle of crops and plants and aim to outperform the crop protection chemistry market by focusing on high-growth, high-value and high-differentiation segments through innovative products and well-designed treatment plans.

We apply best-in-class formulation technology with a localized approach to formulating mixtures that are highly flexible and responsive to customer needs. We address every stage of the lifecycle of crops and plants and aim to outperform the crop protection chemistry market by focusing on high-growth, high-value and high-differentiation segments through innovative products and well-designed treatment plans.

UPL with its range of herbicides provides sustained weed-control at all stages of the crop growth. In the interest of the environment, our products also offer the right alternative solutions to crop burndown. Our newer formulations have been developed to tackle the increasing problem of glyphosate-resistance and to kill weeds with real-time data from the field.

Protection from diseases for a healthier farm output

UPL’s fungicides are fighting an aggressive battle for food, fodder as well as industrial crops against a broad spectrum of crop diseases. Our Mancozeb formulations, with their multi-site, protective action on contact, are driving the fight against resistant fungi. Newer technologies are adding the advantages of easy dissolution and dispersion, complete coverage, lower dosages to our formulations.

Dedicated to improving agricultural viability across the world. Our strategy is to innovate and grow our portfolio of crops and vegetables.

Protection from insects for high yields and quality

~13% of global crop losses amounting to USD 2000 billion are caused by pests every year. Our range of insecticides has proven effective at controlling the most destructive of pests. However, to fight this menace better, we are continually developing new chemistries with new modes of action and applications.

ProNutiva is an exclusive program that integrates natural biosolutions with conventional crop protection products to meet the needs of today’s growers.

Your Guide To Understanding Methods of Crop Protection

The revolutionizing of agricultural methods is technology's most significant contribution to human civilization. In the three industrial revolutions the world has seen, agriculture's contribution and benefit have been sizeable. From Ox-drawn ploughs to modern combines and tractors to creating high-yielding varieties of seeds with bio-chemical adjuvants for genetically enhanced productivity, the contribution has been sizeable.

According to the World Economic Forum, the fourth industrial revolution will completely transform modern agriculture on production, consumption and marketability.

The world is gearing towards a robust primary sectarian development to strengthen agrarian economies. For the world's economic betterment, it is essential to re-evaluate cropping patterns and protection concepts. Indeed, scientific processes through RNA and gene modifying adjuvants have found some successes. There are many solution providers who are experienced in crop protection concepts. Before delving any further, let us examine the basics of crop protection.

Fungi are living organisms that are viewed as one of the significant threats to crops and plants in a tangible way. This is because they compete for nutrients and territory with the crops. These fungi are even more dangerous because they feed on organic matter and lay waste to the soil. They spread quickly through spores and easily destroy crops by jostling for nutrients and sunlight. This impacts crop growth in a significant way.

Often known as weed killers, the essential function they have is to strategically remove the weeds and other unwanted plants that impact the crop. These products come in two variants, namely Selective and Non-Selective.

As is implied from the name, these are selective in the plant varieties they kill. The Selective Herbicides contains properties to kill specific types of weed products and does not harm the crop itself.

Non-selective Herbicides, also known as Total Weedkillers, are more generic and uniform in their natural propensity to clear out unwanted plants. They do not kill specific types of plants or weeds and are generally used to kill any plant type they come in contact with. This is why they are mostly used in waste grounds, industrial or commercial sites and even railway embankments.

What Are Pesticides & Insecticides Used For?

Modern farming methods have made it possible to utilize natural and organic pest control modes to protect crops from other threats such as insects, rodents, etc.

Fortunately, the scientific process has an answer to this age-old conundrum of enhancing crop protection, too. With the appropriate use of pesticides such as herbicides and insecticides, etc., crop protection can be enhanced.

Pesticides are a generic term to refer to a class of such products that safeguard a crop from rodents, insects, weeds, etc. Amongst the significant threats to crops are insects and pests such as locusts and rodents.

Did you know that a small swarm of Locusts can consume enough food in a short duration that billions of people consume in a day all over the world? These insects are one of the significant reasons why crops are damaged by the tonnes.

What Is The Process of Germination?

Contrary to popular perception, primaeval history shows humankind as a hunter-gatherer first and an agriculturalist later. This means that agriculture has been a sign of self-sufficiency and evolution ever since man first found out about plants' germination.

Crops are sown with extreme care and in favourable conditions requiring abundant sunlight, water, and fertile, nutrient-rich soil. With the first bud or the inception of a tiny sapling, both threat and hope surface simultaneously. The sapling faces a threat from pests, insects, and other competing species such as weed and fungi. This furthers the need to protect these crops by neutralizing all such threats.

The present times have forced scientific processes to concentrate on using non-organic compounds for crop protection. The scientific developments that are made these days are increasingly becoming reliant on plant-produced and natural and organic materials such as dried neem or neem oil for the desired effect without damaging the soil or the plant.